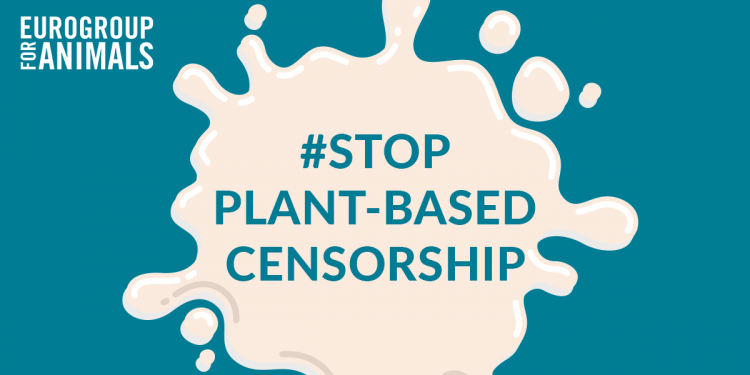 Today, Eurogroup for Animals joins forces with 20 animal welfare, environmental and consumer NGOs to call on the European Commission and EU member states to reject proposed restrictions on plant-based dairy. These plans could ban essential allergen information, milk cartons and product images and directly contradict the Farm to Fork Strategy and undermine the Paris agreement targets.

In a joint letter coordinated by the Good Food Institute Europe and ProVeg International, the NGOs argue that the plans, in a proposed amendment to the reformed Common Agricultural Policy (CAP), would directly contradict an EU pledge to promote more plant-based diets as part of its Farm to Fork food sustainability strategy. The proposals could also deprive consumers of essential allergen information and cause confusion by forcing companies to use “unnatural linguistic contortions” to describe their products.

Among the 21 signatories are also Eurogroup for Animals’ members Compassion in World Farming, Essere Animali and World Animal Protection.

Far from reinstating existing laws, by banning any “direct or indirect use” or “evocation” of dairy products, Amendment 171 would introduce new restrictions preventing plant-based dairy products from:

Last October, a majority of Members of the European Parliament voted in favour of the proposed restrictions – but they remain subject to negotiations with the European Commission and EU member states at trilogues expected in March.

The letter also calls on the European Commission and member states to oppose Amendment 72 – a vaguely-worded proposal that would introduce significant legal uncertainty that could jeopardise the labelling of plant-based foods in the future.

They argue that encouraging the broader uptake of plant-based diets is key to achieving the EU’s emissions targets, reducing land and water use, and preventing further destruction of global biodiversity.

Agriculture is responsible for 10.3% of the EU’s greenhouse gas emissions and nearly 70% of those come from the animal sector. A recent study by the University of Oxford found that, without reducing the world’s reliance on animal agriculture, it will be impossible to meet the Paris climate agreement.