100,000 Spanish lambs to be transported alive and slaughtered without stunning 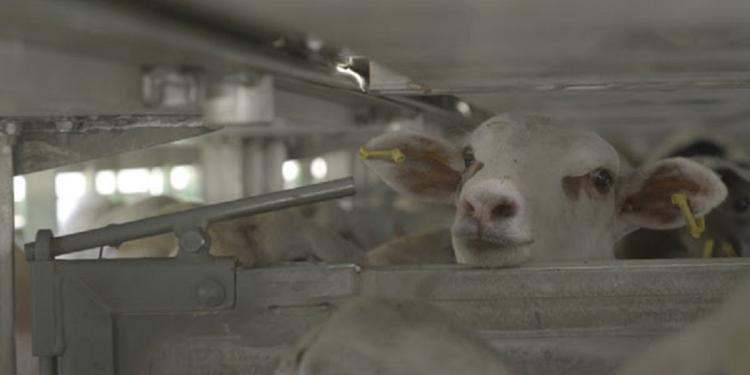 100,000 Spanish lambs to be transported alive and slaughtered without stunning

Igualdad Animal (Animal Equality) released today a shocking investigation exposing once again animal welfare violations for the thousands of lambs that are being sent by boat to Saudi Arabia. After a 10 day journey in poor conditions the lambs will be slaughtered without stunning.

To compensate for the lack of national demand due to the state of emergency caused by the COVID-19 pandemics, more than 250,000 lambs will be sent to countries in North Africa and the Middle East on the occasion of Ramadan that runs until May 24, and the feast of the Sacrifice of the Lamb.

The report carried out by Animal Equality shows the entire transport process from the feedlots until they get on the ships in the port of Cartagena.

After a long truck trip and once in port, the animals are released by the operators, seized by the bushes to prevent them from backing up and getting on the boats.

Once on board the lambs have to endure a 10-day journey in which it is not guaranteed that the basic animal welfare standards of the European Union are met.

Upon arrival they will be required to spend a 15 - 21 day long quarantine after which they will be taken to a slaughterhouse. They will be slaughtered following the halal rite in which the animal - after being slaughtered - bleeds to death while fully conscious.

That's why Animal Equality launches a campaign calling the European Commission and the Spanish Ministry of Agriculture, Food and Fisheries to end long-distance transport to countries that do not guarantee the basic animal welfare standards of the EU.

Globally, more than 2 billion farm animals undergo long-distance travel each year. Thousands die during the journey and are thrown overboard, appearing on the beaches days later. The European Commission acknowledged that in the report  from last year, after the accident in which 14,000 sheep drowned in the Black Sea while transported from Romania to Saudi Arabia last summer.

The report points out that the welfare of transported animals depends to a large extent on the conditions of the boat. Unfortunately, the suitability tests are not being carried out so the adequate drainage or ventilation system is not guaranteed.