Transported alive for up to several days or even weeks, despite legislation and 21st century values – this is still happening to animals in their millions every year, both within and outside Europe. But there’s no need. New evidence shows that a shift to a meat and carcasses only trade instead of transporting animals alive would be justified not only by animal health and welfare reasons, but also by environmental indicators, economic considerations and existing practices.

On 18th November stakeholders gathered together with EU and National representatives for the launch of a new report by Eurogroup for Animals, ‘A strategy to reduce and replace live animal transport: Towards a meat and carcasses only trade’, and to discuss how to make such a shift happen.

The workshop, ‘Moving Matters: From Hoof to Hook’, was co-organised by the Permanent Representation of the Kingdom of the Netherlands to the European Union and Eurogroup for Animals, and opened by Carola Schouten, Dutch Minister of Agriculture, Nature and Food Quality. During the event participants discussed how to practically achieve a shift to transporting meat and carcasses. Logistic solutions need to be supported by incentives, like product labelling for better marketability, financial support – for example, under the new CAP – or taxing products with a poor environmental footprint. In order to effectively mitigate the drivers of long distance live animals transport, the main transport routes should be assessed, and the need for more regional slaughter facilities should be mapped out.

It was also mentioned that this should be substantiated by a solid regulatory framework setting a maximum journey time of eight hours for animals transported for slaughter, with a derogation for shorter journey time for animals at the end of their lives. All of this should be part of a comprehensive EU strategy produced by the Commission, in line with its response to the Parliamentary implementation report on live transport.

The accompanying report provides an overview of trade flows and analyses the driving forces behind the transport of animals, putting forward proposals on how to mitigate those drivers to ease the transition to a meat and carcasses only trade, including case studies of where alternatives have successfully been tested or established.

In our #fromhooftohook event organised together with @act4animalseu we discuss the transport of slaughter animals through EU. Instead of live animals it’s better to move meat and carcasses. pic.twitter.com/1iEsq0NA0p

Leading bodies such as the World Organisation for Animal Health (OIE), The Food and Agriculture Organization of the United Nations (FAO), The European Food Safety Authority (EFSA) and the Federation of Veterinarians of Europe (FVE) – as well as the animal welfare movement – have long been calling for a shift towards a meat and carcasses trade. Citizens have also shown their strong disapproval of live animal transport: in 2016-2017, Eurogroup for Animals’ #StopTheTrucks campaign, which called on EU decision makers to reduce and ultimately end long distance live animal transportation, exceeded its target of 1 million signatures and reflected the findings of a Eurobarometer survey showing that a staggering 94 percent of European citizens believe that protecting the welfare of farm animals is important.

With the passing of time, more reasons to justify a shift from transporting animals alive to a trade in carcasses and meat have emerged. In the last few years, increasingly prolonged periods of high temperatures over the summer months have led some Member States to suspend live trade. As climate change increases the chance of these periods occurring, it will become increasingly important for meat supply chains that currently rely on live transport to develop and implement alternative strategies to ensure that supplies are not interrupted.  A debate on live animal transport in July had the majority supporting Commissioner Andriukaitis’ call for the suspension of journeys during summer.

“Transporting meat and carcasses is possible, and it is already happening across the EU and beyond,” said Reineke Hameleers, Director at Eurogroup for Animals. “We need the full involvement of farmers, EU Institutions, national Governments and all the actors in the supply chains, both in the EU and in third countries, to make sure it is effectively developed and implemented. We trust the EC will bring forward its promise to work on such a strategy.” 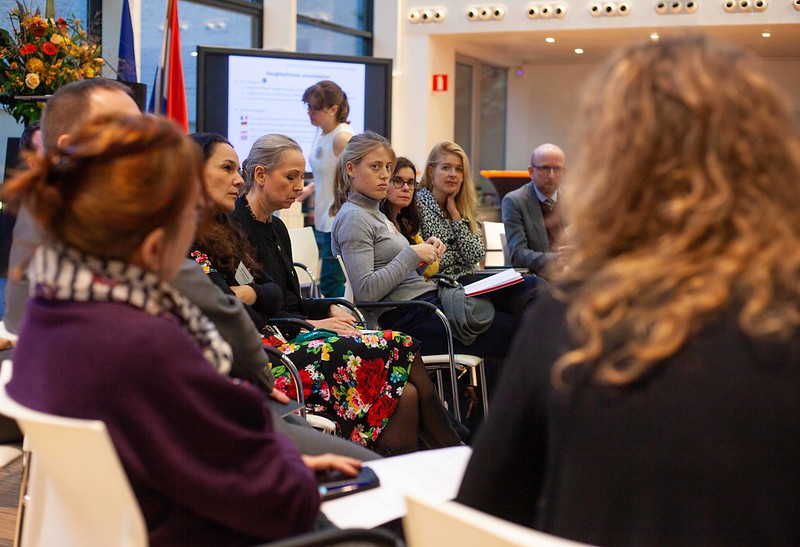 🇪🇺🐾Happy #WorldNGOday to all our members! Thank you for working side by side with us to give animals the good life they deserve. 💛 We can't say it enough: animals will only be respected as sentient beings if comprehensive & effective EU law is in place. #Act4AnimalsEU pic.twitter.com/1Cur2mCwWq